Microsoft Teams — the team communication solution by the Redmond company that is aimed to take on the likes of Slack, Google Meet, and Zoom — is receiving a list of updates to enhance user experience. The software giant announced the updates while virtually kicking off Microsoft Build 2021 on Tuesday. The new changes will allow developers to bring real-time, multi-user collaboration for their apps offering whiteboarding, design, and project boards to users. Microsoft also brought updates to Outlook and Windows and a series of new announcements specifically for the developer community working mostly from their homes amid the coronavirus pandemic.

As the COVID-19 spread has pushed people to stay indoors and work remotely, Microsoft Teams has become popular and more useful for professionals and students around the globe. Microsoft recently revealed that Teams gets 145 million users on a daily basis. Considering this growth and the potential to expand it further, the Seattle, Washington-based company brought a shared stage integration. This will allow developers to build collaborative apps on top of Teams.

These apps will be able to offer real-time, multi-user collaboration experiences through a configuration in the app manifest. Microsoft also announced an extension of the Together mode available in Teams to let developers bring custom scenes to your virtual meeting.

Developers have also been provided with new media APIs with resource-specific consent that will allow them to get real-time access to audio and video streams available in your Teams meetings to offer features such as transcription, note taking, and insights gathering through their apps.

Additionally, Microsoft announced the availability of fluid components in private preview that will allow experiences such as sending a message with a table, action items or a list that can be co-authored and edited by everyone in line, minimising the need for long chat threads and meetings.

Microsoft has also enabled developers with access to meeting event APIs for Teams that will allow automation of meeting-related workflows through events such as meeting start or end. Additionally, developers have received a dedicated Developer Portal for Microsoft Teams to offer a standalone app management console that is accessible via the Web or within Teams. It will help developers register and configure their apps within a single or central location. The new place is available as an upgrade to the existing App Studio.

The arrival of the Developer Portal for Microsoft Teams is likely to encourage developers to build new experiences for Teams, which could make the competition tougher for Slack, Google Meet, and Zoom. 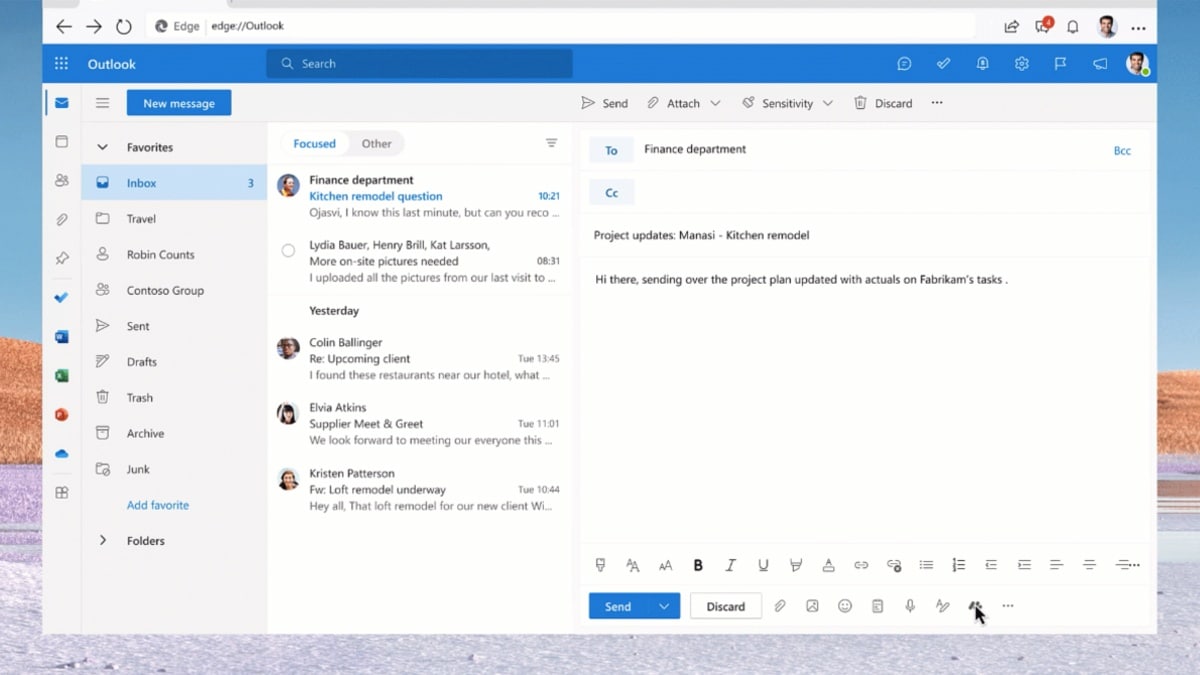 The Windows Subsystem for Linux (WSL) that allows users to run their Linux tools and apps on a Windows machine has received support for Linux graphical user interface (GUI) apps. This will help run full Linux GUI apps on Windows computers, without being required to set up a traditional virtual machine. The Windows search bar is also receiving support to surface personalised results from enterprise tools such as Salesforce and Microsoft Dynamics 365. Further, Microsoft announced the availability of Windows Terminal 1.9 preview that comes with a Quake Mode. This will allow users to open a new terminal window from anywhere in Windows by using a keyboard shortcut.

At this year’s Microsoft Build, the company emphasised on its growing interest to ease experiences for developers and building experiences for remote workflows. It announced a new update for Visual Studio 2019 that is generally available with productivity enhancements for .Net and C++ developments, enhanced built-in Git tooling, and support for creating GitHub Actions workflows directly from the IDE. The Windows maker also released its roadmap for Visual Studio 2022 to bring an advanced development environment.

Microsoft additionally announced the Microsoft Search Federation as its unified search offering across Microsoft Azure Cognitive Search and Dynamics 365. Outlook is also getting an Organization Explorer this summer to let teams discover their relationships and explore their colleagues and teams visually.

Furthermore, Microsoft announced its partnership with Qualcomm to launch the Snapdragon Developer Kit that is aimed to help developers build apps for ARM-based PCs and laptops. The small desktop PC based on the Snapdragon 7c will be available this summer through the Microsoft Store. It is touted to be less costly than consumer notebooks — to attract a large number of developers.