Founded by Nitesh Ranglani and Parzaan Dastur, Ten Colour Productions created the latest ad film for the GreatWhite Switches starring Tiger Shroff and directed by Punit Malhotra. The film personifies the features and qualities of GreatWhite switches – high performing yet stylish – much like the brand ambassador, Tiger Shroff. Tiger’s personality on screen and the best features of the product are in resonance throughout the film.

Ten Colour Productions and Shift Axis functioned as the film production wing of the campaign that planned and logistically designed the project. They brought the vision of the agency, Creative Cart to life. TCP along with director Punit Malhotra achieved a catchy yet classy visual language to bring out the aesthetics of the product. Punit was the perfect director to make the frame aspirational without losing its grounding.

TCP collaborated with Dhunji Wadia of Shift Axis to bring this vision of the brand to life. The entire ad-film is film is fast-paced, fun, and comedic, enhancing the brand personality and making it appealing for the target audience.

On working with TCP, Director Punit Malhotra said, “It’s been a great experience working with Nitesh & Parzaan at Ten Colour Productions. I am actually so proud of them and the work they have done! And I am excited for everyone to see the ad film we made together and hoping everyone will enjoy watching it as much as we have enjoyed making it”. 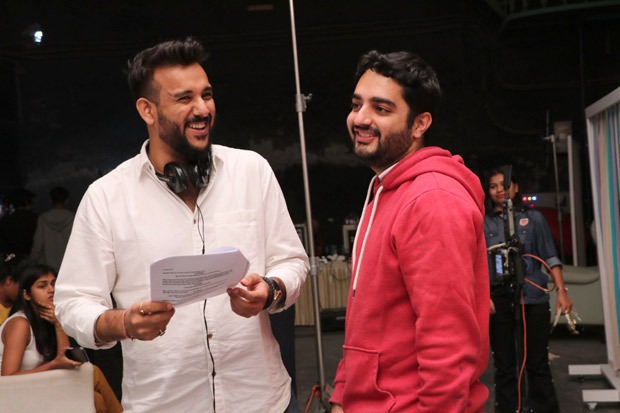 Nitesh and Parzaan on working on the Ad film said, “We had a great experience collaborating with Great White and Tiger Shroff. He truly embodies excellence in whatever he does and his focus ensured the shoot was smooth sailing. The film concept demanded a very sophisticated visual language to bring out the aesthetics of the product, which was enabled by Punit. We had been assistant directors to Punit, a few years ago, and life came a full circle when we shook hands with him to direct our TVC! He has always been an incredible support and motivates both of us to do better”.

ALSO READ: Tiger Shroff roped in as the brand ambassador for GreatWhite

Nupur Sanon reveals the one greatest thing she learned from

Actress Malvi Malhotra who was stabbed says Kangana Ranaut did